FROM THEN TO NOW: OVER 55 YEARS OF HISTORY

Originally from Matane, Walter Bélanger took an early interest in business: by the age of 20, he already owned his own workhorse store. A man of intuition, he could see that machinery would replace horses, and in April 1960, he acquired Deschênes et Bernier, a concrete product manufacturer. 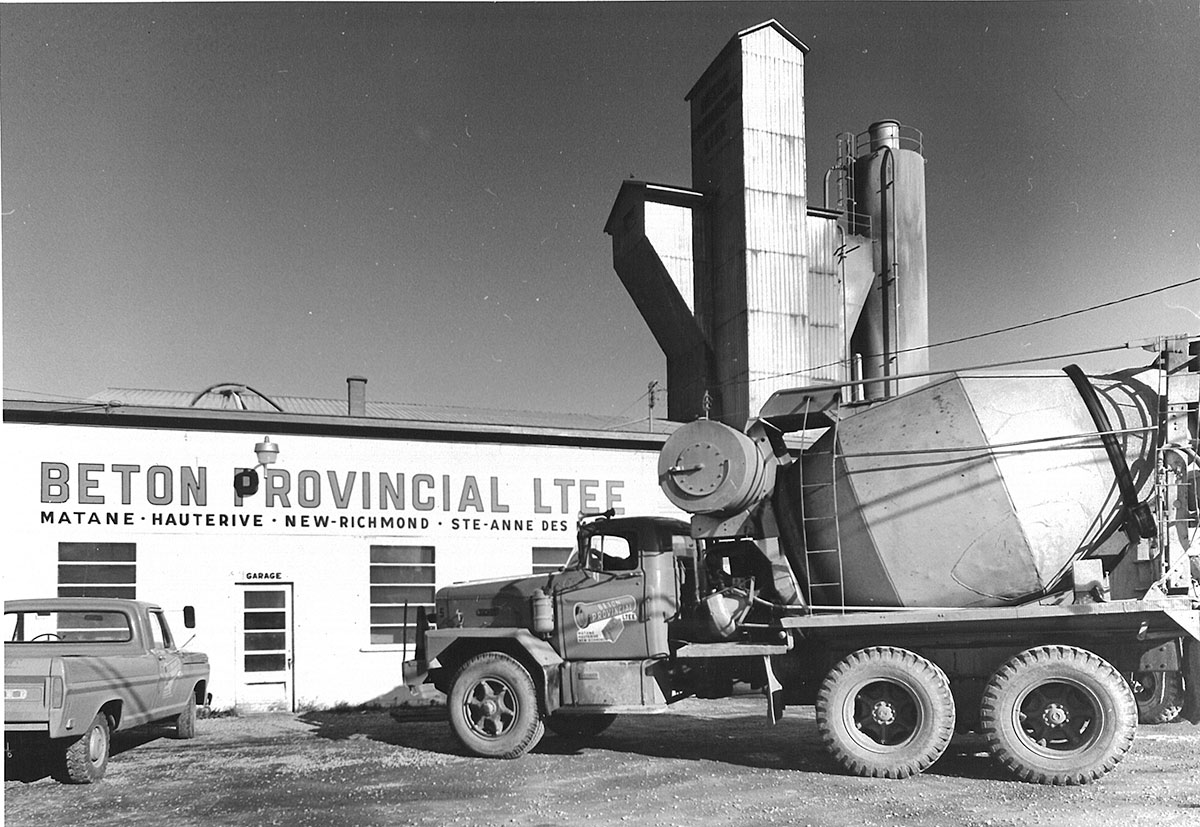 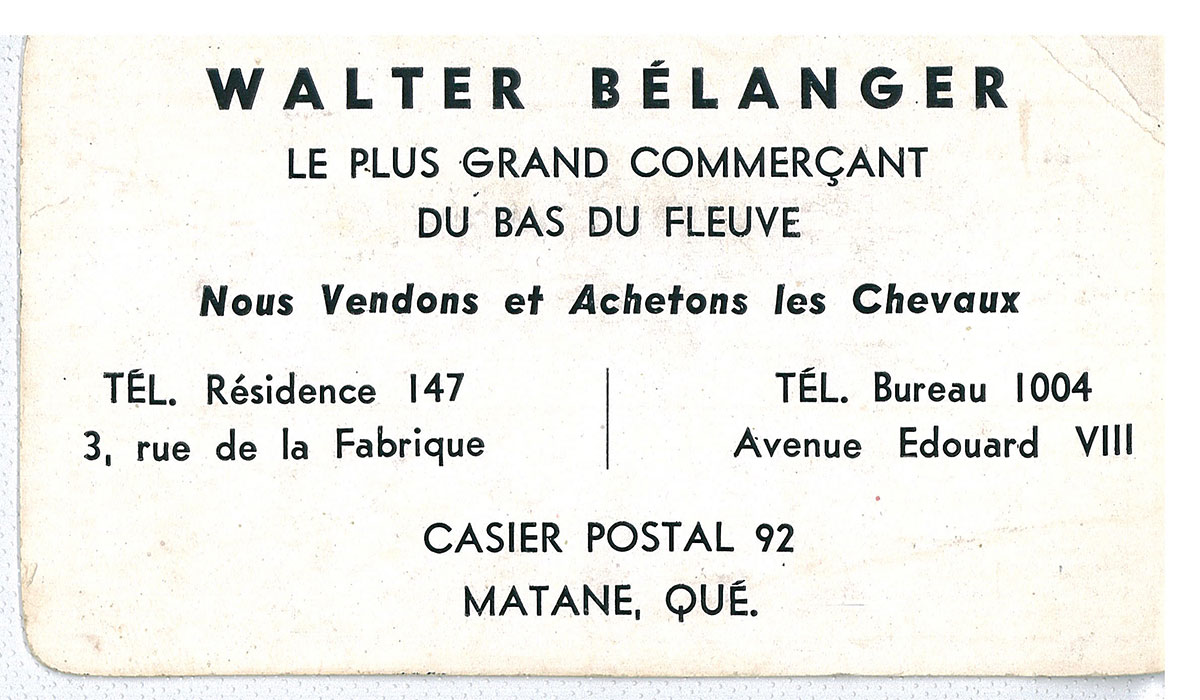 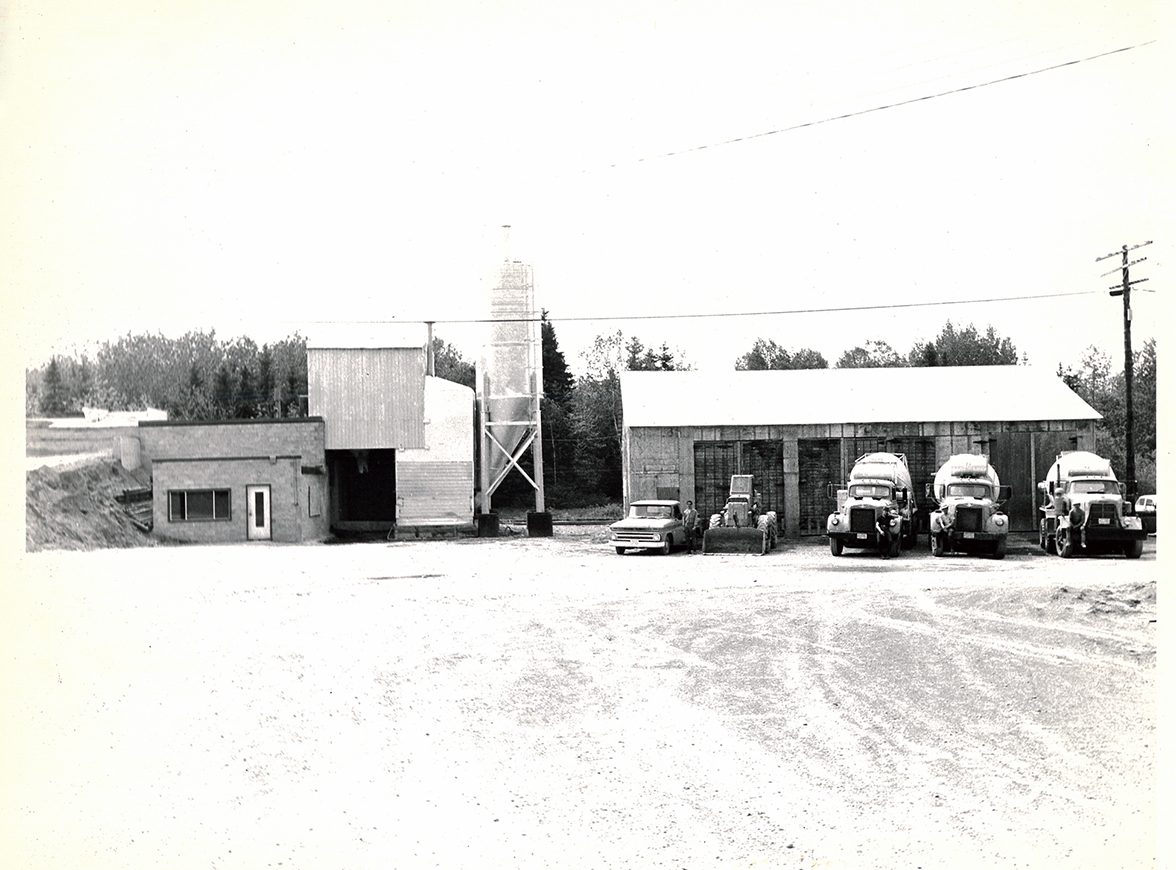 The company was renamed Béton Provincial Ltée (BPL), a farsighted name that attests to the founder’s ambitions and the company’s eventual scope. Notably, Walter Bélanger has been awarded with the prestigious Order of Canada and the Ordre national du Québec for his achievements, values and ideals that help raise Canada and Quebec’s profile. 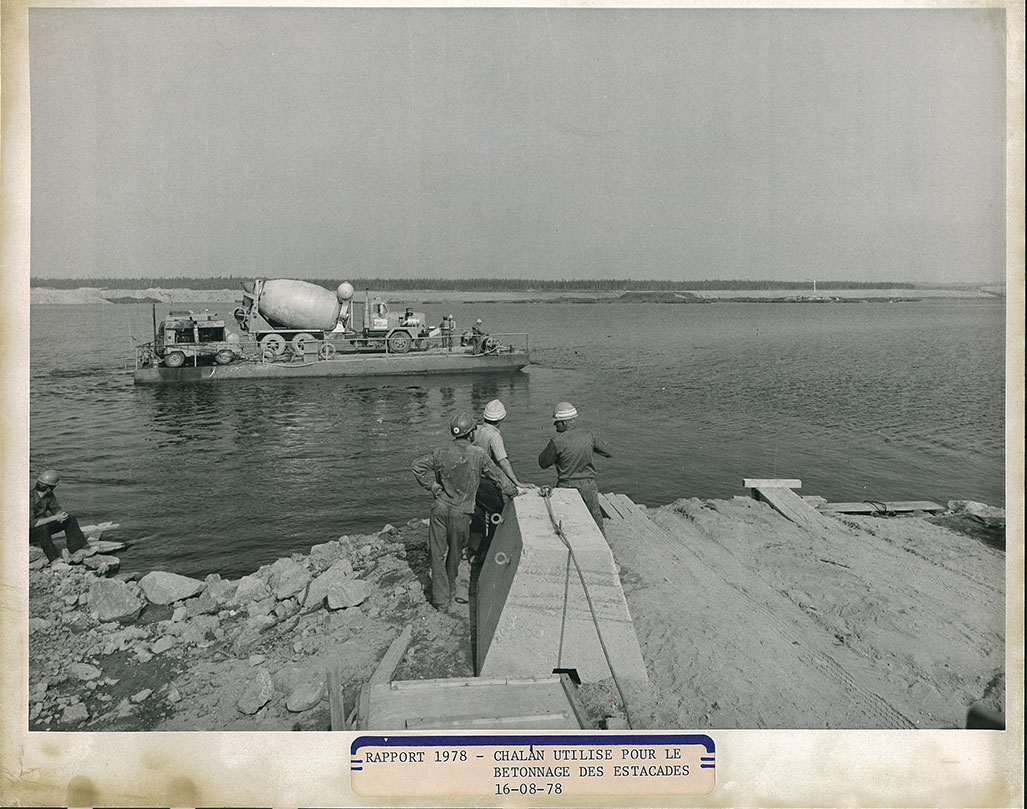 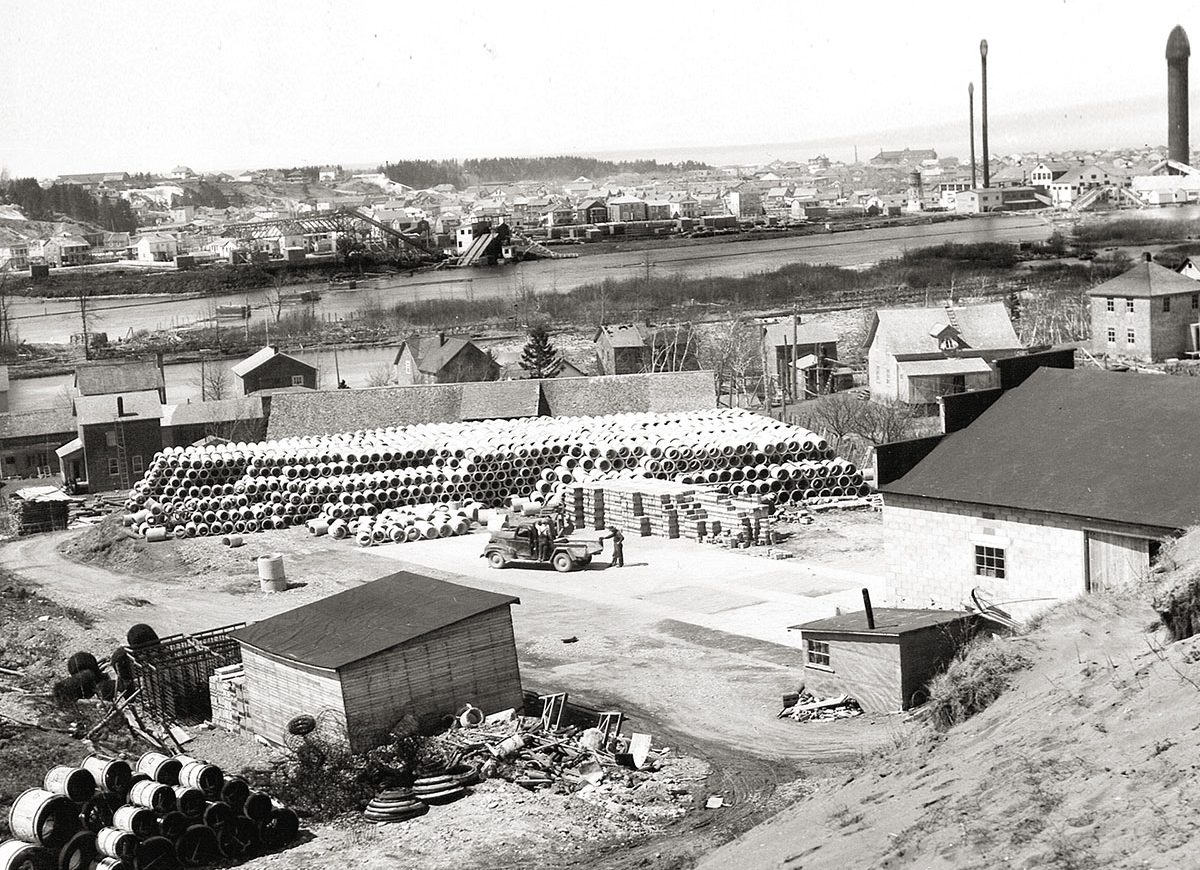 In 1992, fresh out of his training as a civil engineer and with a master’s in business administration in hand, André Bélanger, Walter’s son, entered the company. Béton Provincial extended its activities to Trois-Rivières, Drummondville, Saint-Hyacinthe, Sorel, Quebec City, Lévis and Granby. It also acquired a number of plants in the broad region of Montreal, the Laurentians and Montérégie. This arrival was supported by the ad campaign “L’orange arrive en ville” (“Orange is coming to town”)—a nod to Béton Provincial’s origins and colours. It was also at this time that the company unveiled its own terminal, at the Port of Quebec, to import cement powder. At the same time, Béton Provincial began operating a mixing station equipped with cutting-edge technology to manufacture “a la carte” cements.

Simultaneously, the company was making solid inroads into the paving industry in Bas-Saint-Laurent, Gaspésie, Côte-Nord and the Quebec City region, and strengthened its presence in Saguenay-Lac-Saint-Jean. During this period, Béton Provincial became a major player in the precast concrete industry by installing and acquiring plants in Trois-Rivières, and significantly expanding plants in the east of the province. Some of our major projects include wind farms in Bas-Saint-Laurent, Gaspésie and New Brunswick, and the ambitious Muskrat Falls hydroelectric project in Labrador, a production that required over 800,000 m3 of concrete.

The Quebec-owned company is now present throughout Eastern Canada. It has over 60 precast concrete plants, including 10 mobile concrete plants, 18 paving plants with several medium- and high-capacity mobile batch plants, 3 precast concrete plants and several dozen quarries and gravel pits. The company also owns an impressive fleet of over 450 concrete mixers, along with road transport equipment. But above all, the company’s success lies in its dynamic and experienced team of directors, and its broader workforce, with over 1,600 employees. With quality as their top priority, they are behind the company’s success, and have made the company a leader in its field. 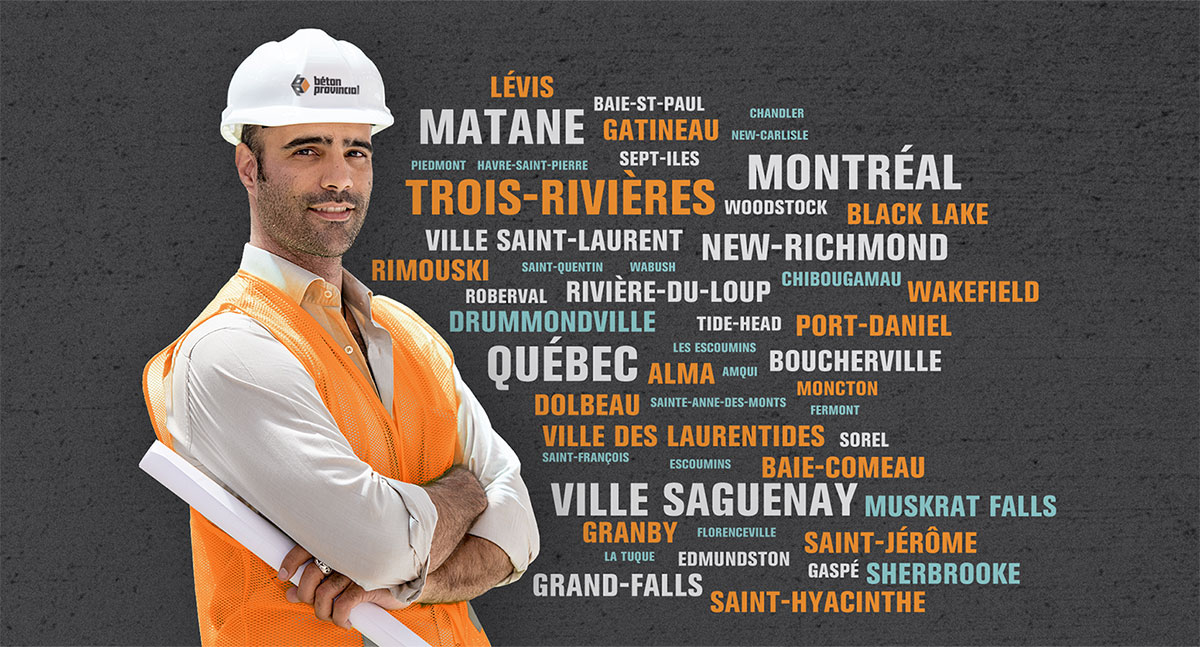