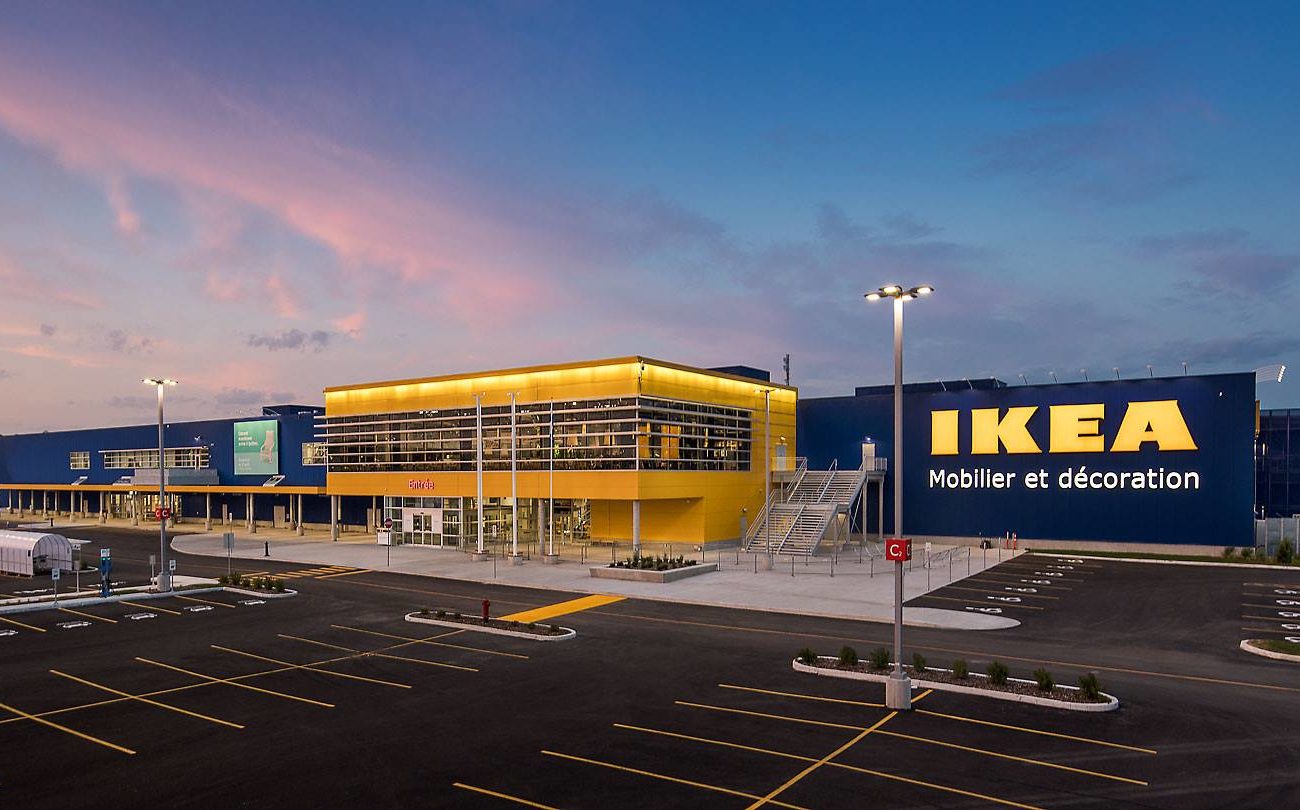 WE DREAMED ABOUT IT, WE WANTED IT, WE WAITED FOR IT. THE ANNOUNCEMENT OF THE CONSTRUCTION OF A NEW IKEA STORE IN QUEBEC CITY MADE A LOT OF PEOPLE HAPPY. BEFORE THE DOORS WERE OPENED TO VISITORS, HOWEVER, SEVERAL STEPS HAD TO BE TAKEN.

AMONG THEM, THE INSTALLATION OF A CONCRETE FLOOR COVERING THE SURFACE AREA OF THE STORE AND WAREHOUSE, ESTIMATED TO 32,000 m2.

It’s from the general contractor Pomerleau that Béton Provincial obtained its mandate: to produce and deliver 8,000 m3 of concrete to the site, of which 4,000 m3   was for the floor only. Fans of the Swedish giant know that visitors are generally guided from one section of the store to another by a route of arrows on the ground. “When you enter IKEA,” comments Michel Verret of Béton Provincial,” you walk directly on the concrete, there is no ground covering as such, it is an apparent concrete.” “And customers often have their eyes on the ground,” adds his colleague Philippe Simard, referring to the famous guided tour.

In fact, the quality and performance of concrete were of extreme importance to IKEA Canada.  The activities carried out and the machinery used in the warehouse require high strength and durability. “The project engineers had specified… that they wanted concrete with a strength of 25

MPa for the foundations as well as for the mezzanine slab and 30 MPa for the floor slabs,” says Michel Verret.

The retailer had even asked contractors interested in participating in the project as concrete suppliers to qualify before being allowed to submit their bids. “IKEA ensures that the contractors who are going to bid have the required skills and have already done similar projects,” says Michel Verret. Moreover, “the concrete had to be malleable enough for the placement to be done without any problems,” adds Philippe Simard. In addition to qualifying in advance, Béton Provincial had to be able to deliver a product with a superior quality finish that fully met Pomerleau and IKEA’s expectations.

In fact, since no saw cut was provided at this location, the concrete mixture designed for the mezzanine contained a shrinkage reducing agent to reduce the cracking potential due to the shrinkage of the concrete during hardening. For the slab on the ground, 25 kg of steel fiber per cubic meter was incorporated into the concrete. This was the choice made by IKEA and the project engineers for the floor-to-floor slab. “Steel fiber replaces reinforcement and solidifies the concrete mixture for better crack control during commissioning. Despite the presence of fibers, the concrete had to be malleable enough for the placement to be done without any problems,” explains Philippe Simard. And with each delivery to the site, the concrete was tested by technicians who ensured the conformity of the product. It was only after this check that Béton Provincial was authorized to unload the concrete mixer for the final pouring of the concrete.

Undoubtedly, the major challenge of this project for Béton Provincial was to succeed in delivering concrete that fully met the requirements of the experts and the specifications of the quotation for the concrete slabs in the floor. And they had to accomplish this from August 2017 to mid-February 2018, whatever the temperature. “We were able to demonstrate, once again, that with our people here internally, we are able to meet challenges of this kind and deliver excellent concrete quality,” says Michel Verret.

The stability of the mixture was the secret of this success. The fact that Béton Provincial adjusted the concrete at the plant by incorporating fiber and superplasticizer during production allowed the concrete mixers to arrive at the site with the desired slump, and this stability allowed the paver to deliver a product that exceeded IKEA Canada’s expectations.

Such success cannot be achieved without tremendous teamwork. Preparatory meetings were held between the various project stakeholders. Michel Verret recounts: “We had meetings from the beginning of the project, with the people from Pomerleau, the people from the EXP Laboratory responsible for the quality control of the concrete delivered to the site, Stantec the engineering firm, Betoxy, a specialist in concrete placement and finishing, as well as with the people from IKEA coming from Toronto. It was important for all these stakeholders to sit together to fully understand the owner’s requirements. As mentioned by Mr. Sébastien Morneau, Project Superintendent at Pomerleau: “For IKEA Canada, the quality of finish of concrete slabs is as important as the apple of their eye!”. This allowed everyone to adjust and give their ideas on how best to deliver a quality finished product. “Competence had to be matched by professionalism. On this subject, a special mention was obtained concerning the quality of the flatness of the slab, confirming that it is practically perfect at its full length.

Located in the Sainte-Foy sector, at the crossroads of highways 40 and 540, IKEA’s new warehouse store will probably attract customers from as far away as Saguenay-Lac—Saint-Jean and Bas-Saint-Laurent, in addition to those from the National Capital. That’s how many pairs of eyes will land on the floor signed Béton-Provincial…the line was long at the opening to see a perfect concrete! 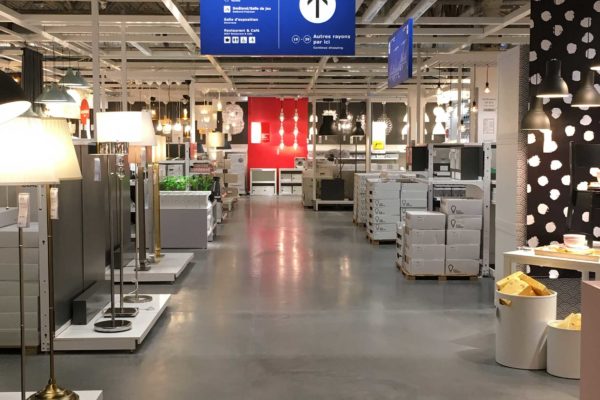 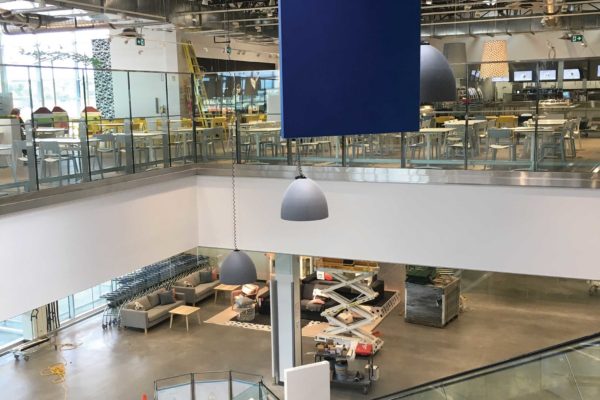